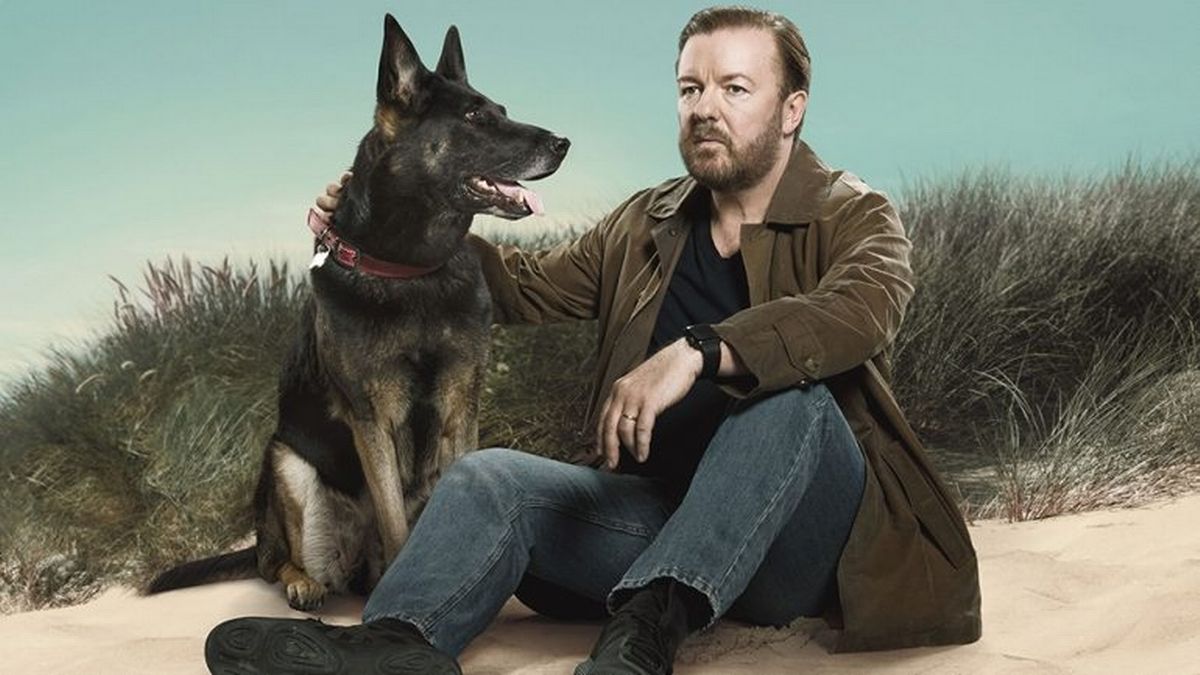 What is After Life?

Netflix’s After Life is a British black comedy-drama streaming television series created, written, produced, and directed by Ricky Gervais, who plays the lead character, Tony Johnson. It premiered on 8 March 2019 on Netflix. The second series premiered on 24 April 2020. The third and final series premiered on 14 January 2022.

The show revolves around the subject of grief and how to deal with it. One of the main characters is Brandy, Tony and Lisa’s dog in the show. To help him through this tough time, Tony’s friends and family support him – including his loyal partner, Brandy. Brandy is the one who really helps Tony to keep going after Lisa’s death, and she does this by being there for him no matter what. She loves Tony unconditionally, and she is always there for him when he needs her.

The show won Best Screenplay at the National Film Awards and Best Comedy at the National Television Awards in 2021. The show ranks 8.4/10 on IMDB and has currently recorded over 100m individual viewers on Netflix, making it the most viewed British comedy in the world.

Who is Brandy in After Life?

Brandy is played by Vislor Antilly, more affectionately known as Anti, who does an amazing job of bringing the character to life.

Anti is a German Shepherd who, other than starring in After Life, has also worked with the likes of Tom Cruise, Martin Clunes and George Clooney.

Anti was born in Hereford in April 2011 and brought up and trained in Bush Bank, Hereford by – you guessed it – Vislor!

She is still a member of the Vislor family, living with our trainer Ashley in Oxfordshire.

Initially trained in IGP Dog Sport, Anti achieved the IGP-III Qualification before getting her first role in 2014 as an army dog in Edge of Tomorrow, starring Tom Cruise.

Both of Anti’s parents appeared together with Bane’s henchmen in Christopher Nolan’s Batman: The Dark Knight Rises when she was still a puppy.

Most of her work is action oriented. She has worked as a police/army dog on many occasions, performing with the likes of Michael Fassbender in Trespass Against Us and Martin Clunes in season 7 of Doc Martin. She was also used as a ‘motion reference’ for Julianne Moore’s robot attack dogs in Kingsman: The Golden Circle.

On the lighter side, she is in many episodes of Paul O’Grady’s For the Love of Dogs TV show performing comedy skits with Paul and her fellow stunt dogs at Battersea Dogs and Cats Home. She has performed live on Britain’s Got More Talent where she was pitted in a game show against David Walliams, interviewed on The One Show and Lorraine with Ricky Gervais and 8 Out of 10 Cats Does Countdown, where she helped Jimmy Carr find marijuana under the contestants’ desks.

She has appeared multiple times in Crime Procedural shows like Midsomer Murders, Father Brown, Liar and Dublin Murders as a police dog. She has featured more heavily in shows like Mel and Sue’s Hitmen as “Elton”, as well as appearing in Marcella, and more recently, the BBC’s The Capture where she was tragically killed by Ron Perlman.

The Vislor team have done many more TV, movie and music video projects – you can find out more about this here.

How do you breed the right dog?

Anti’s parents were both specifically bred for good health and working attributes. They were screened for excellent hip and elbow scores, trained and qualified to IGP-III with her dad Vongalanberg Kai – of The Dark Knight Rises fame – going on to rank 7th in the WUSV World Championships in 2012.

They were also graded in the Show Ring to prove their aesthetic qualities were up to the German Shepherd Breed Standard. With both parents proving themselves to be excellent specimens of the breed, Anti was given the best chance to perform brilliantly in both Dog Sport and Film Work.

Currently at 11 years old she still loves to work although at a slightly more leisurely pace than she used to, regularly swimming around three times a week and running alongside the bike with her fellow colleagues with no signs of any health problems. She has also lived in the house with other dogs and cats her whole life making her the perfect all-round pet and working dog.

How does the stunt dog world work?

In this section, we will look at how stunt dogs are trained and what goes into making them ready for the big screen or television set.

Stunt dogs are trained to do a variety of tricks and stunts. This training is food reward based taking a lot of time, patience, and repetition. The first step is teaching the dog the basic commands that they will need to know in order to perform the stunt, very similar to how you would train a puppy or adult dog in the early stages of dog training. Once the dog knows these commands, they can then start learning the specific tricks or stunts that they will have to do.

The most important thing for a stunt dog is to be safe and comfortable with what they are doing. If they are not comfortable, they will not be able to perform their duties properly. It is so important for trainers to take their time and make sure that the dogs are ready before moving on to the next phase of their training.

Basic Stunt Dog behaviours include going to a ‘mark’, a small, usually square, piece of wood that the dog uses to place their front paws, allowing the trainer to send the dog where the Director wants them to be in the shot. From the mark the dog can perform various tricks, take eyelines by training them to watch a bait stick the trainer wields off camera to get the dog to look in the right direction or at an actor. We also teach them to interact with actors on screen, teaching the dogs to follow actors they have often never met before around scenes in exchange for the actor rewarding the dog with sausage before and after the action.

After Life, Dogs and Mental Health

As a result of the positive impact that the series had on the British public, Netflix collaborated with suicide prevention charity Campaign Against Living Miserably (CALM) in a mental health initiative installing park benches all over the UK.

The iconic bench is the setting across all three series where Anne, played by Penelope Wilton, sits beside Gervais’ character Tony for empathy-inspired conversations.

You can find out more about the benefits that owning a dog can have on your mental health in this blog.