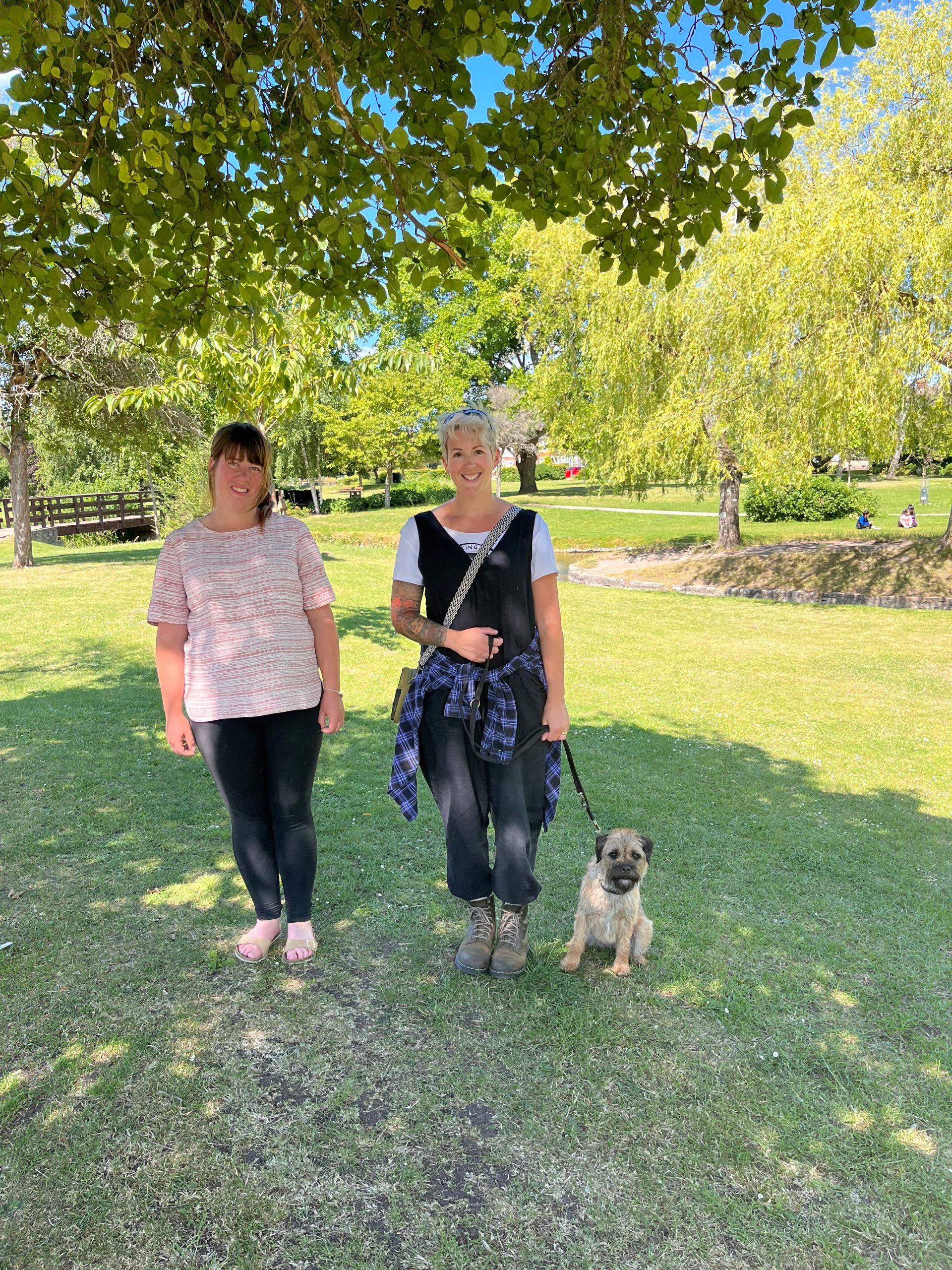 We decided to take our Border Terrier 'Hilda' to vislor Training in Salisbury. Over the course of almost a year she was becoming gradually more reactive to dogs. Not just dogs that were off lead or close up, but dogs from way off in the distance and even on TV. She was barking, growling and pulling on the lead, and becoming stressed and anxious in the car.

It wasn't untill we had a family holiday in April down near Wales that we noticed how bad she had become. She struggled adapting to the change in the environment inside the holiday home and outside. There were dogs everywhere! so we were struggling to walk her and in the end had to hire the use of a dog walking paddock locally just so we could exercise her. We decided after that holiday that it wasnt just affecting us as a family, but her as she clearly wasn't happy. We had heard about Vislor through a friend, had a look and decided to reach out.

Correspondence has been brilliant throughout. We arranged an initial meet up/consultation at Salisbury where I took Hilda along for them to meet her. They even let her see one of their dogs so that they could see her reaction. We had a thorough chat about what would happen over the course of the three weeks and the types of training techniques and methods they would use to train Hilda. Lucy was really friendly and seemed confident that they could help. I left feeling really positive and hopeful.

We booked the 3 week training and a month later I was back dropping Hilda off. I had no worries or concerns and completely trusted that they would look after Hilda as well as their own dogs. A WhatsApp group was created and after the first night they let me know how she was settling in. We had contact over the three weeks, photos and videos of her walking and training alongside the other dogs and it was so lovely to see her. She seemed completely happy and at ease.

After the three weeks we met at a local park for a handover. We were reintroduced and I was then shown how to walk her and what to do. I was able to ask questions. All about different scenarios we might find ourselves in, what to do and how to manage Hilda. Any worries or concerns I had etc etc It wasn't rushed at all and once I felt confident about what I had to do I left. She has been home exactly a week today!

The change in her is Amazing. She is still 'her' but so much calmer,and really chilled. I have been walking her everyday. Taking her to different places with different environments. Exposing her to all sorts of things and she has walked calmly, by my side with a loose lead. She has seen dogs, and occasionally her ears prick up, but she hasn't barked or lunged or growled. We took her to Cotswold Wildlife park at the weekend with the family and she was an absolute pleasure and I'm so proud of her. I was nervous when I started taking her out, but over the course of the week my confidence in her has grown, and I am sure it will continue to do so.

I just want to thank the whole family at Vislor Salisbury who helped look after and train Hilda. They have done an incredible Job. Hilda seems so much happier because of it and we as a family feel the same way.

I would recommend Vislor to anyone they are literally Miracle workers!!!x