We Train Your Dog for You

Our Dog Boot Camp Residential Training is a custom package where a dog can stay in our home or clean and comfortable kennels for a minimum of three weeks, whilst spending every day and as much time as is necessary with the Vislor Dog Training Team addressing general obedience needs such as:

Your dog will also have plenty of exercise and interaction with our own dogs.

The minimum duration of our Dog Residential Training package is three weeks, with 40% of fee payable upon booking and the balance either before or on the day of the stay, before we take your dog.

You can meet with one of our trainers for a chat prior to booking residential dog training so that you can be confident in leaving your pet with us. This also enables us an opportunity to assess the suitability of your dog for this type of training.

During our initial meeting, we will assess your dog, and draw up a bespoke training programme that will ensure that the problems you have highlighted to us will be dealt with.

An inclusive handover session will be carried out when the residential dog training is complete. It is beneficial to do the handover at your home so that you can assess your dog’s progress within its own environment (travel expenses to and from your home will apply). We will show what has been achieved, go with you on a dog walk and teach you how to keep on top of what your dog has learned.

To advance the training even further you can book more top up lessons or future residential stays; perhaps when you next go on holiday.

ALL VISITS BY APPOINTMENT ONLY

For the best possible outcome for you, your dog and the trainer, we kindly ask that you do not bring children to meetings and lessons. 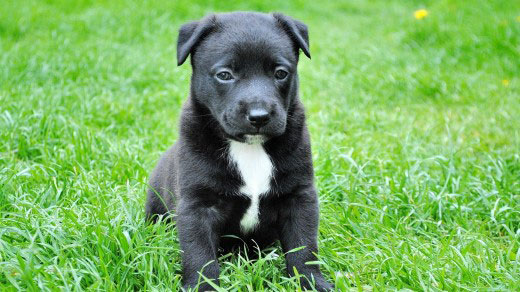 Our initial one hour consultation offers a solid foundation for training your new puppy.

Need advice about your new puppy. 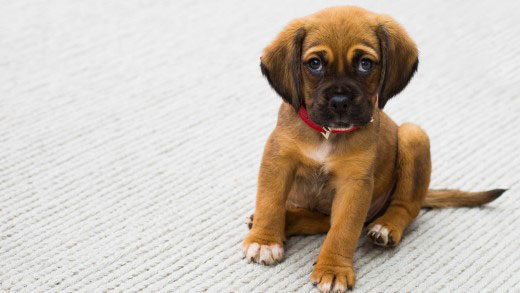 A set of five one-to-one private lessons - we teach you how to train your puppy.

A great package for your new puppy. 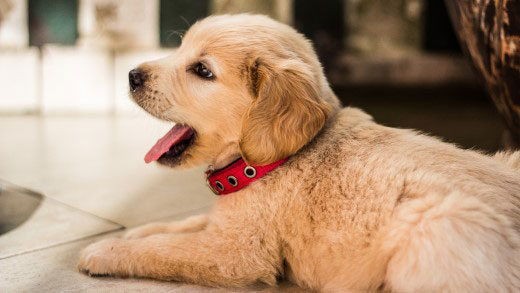 A residential training programme designed to give you and your puppy the best possible start in life.

Let Vislor train your puppy for you. 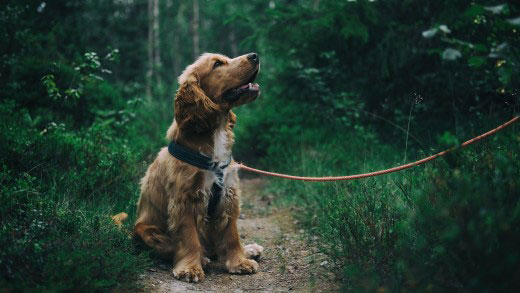 No need for months of attending group sessions. We teach you how to train your dog. 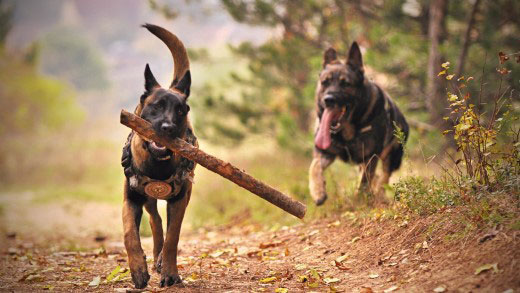 Training dogs for work and sport is our specialty at Vislor - Award winning IGP Trainers.

Does your dog need a challenge? 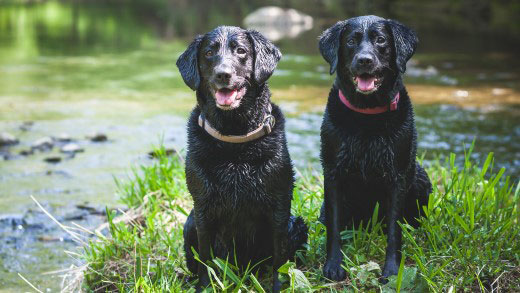 Our three week intensive residential dog training programme - we train your dog for you.

Rich had our dog Chewie for a 3 week residential.

The difference is unbelievable and Chewie now enjoys walks in all situations and environments. Obviously there is still work to be done but Rich has laid the foundations and given us the tools to continue this training.

I wouldn’t hesitate to recommend Rich or Vislor to anyone.

I’ve said it before and I’ll say it again….. thank you Rich, you have transformed Chewie’s lifestyle!

When we took our lively Romanian rescue dog Pedro to Frankie at Vislor in Tamworth for residential training, we were at our wits’ end.

We adore our boy, but found it impossible to get him to listen to us at all and even simple commands weren’t working.

We were hoping for some improvements, but have been amazed by the transformation in him under Frankie’s firm, caring training. He’s a different dog and we couldn’t be happier.

The brilliant thing is the post training support that we’ve had - we’ve been able to deal with Pedro testing the boundaries on home territory with Frankie always there for advice.

I highly recommend Vislor - Frankie is a miracle worker!

My poodle Sandy , stayed at the home of Rich the trainer and his family for 2 weeks in October, while I had an operation.

He was very well looked after and fitted in well with the family environment.

Rich did some training and socialising him, also sending me very regular updates and videos of Sandy, his settling in and progress with his training, which was very reassuring.

I wouldn't hesitate to recommend Rich and this site. Good communication and your dog in safe hands. Jo

The handover was comprehensive, Tom & Sharne are so helpful and understanding. My girl is like a new dog whilst walking now.

Its a joy and I'm so grateful for their hard work!

I sent my dog titan (3 year old male ) to these amazing people I honestly thought he was untrainable.

He is now a different dog cant thank them enough for helping him because his best self.

We sent Craig a Devil and after 3 weeks we collected an Angel.

We could not walk our GSD near other dogs, he was very reactive and we had problems controlling him. Craig and his team were our last hope. Our GSD is now an absolute pleasure to walk, even in very busy areas.

A huge thank you to Craig and his team, we highly recommend them. 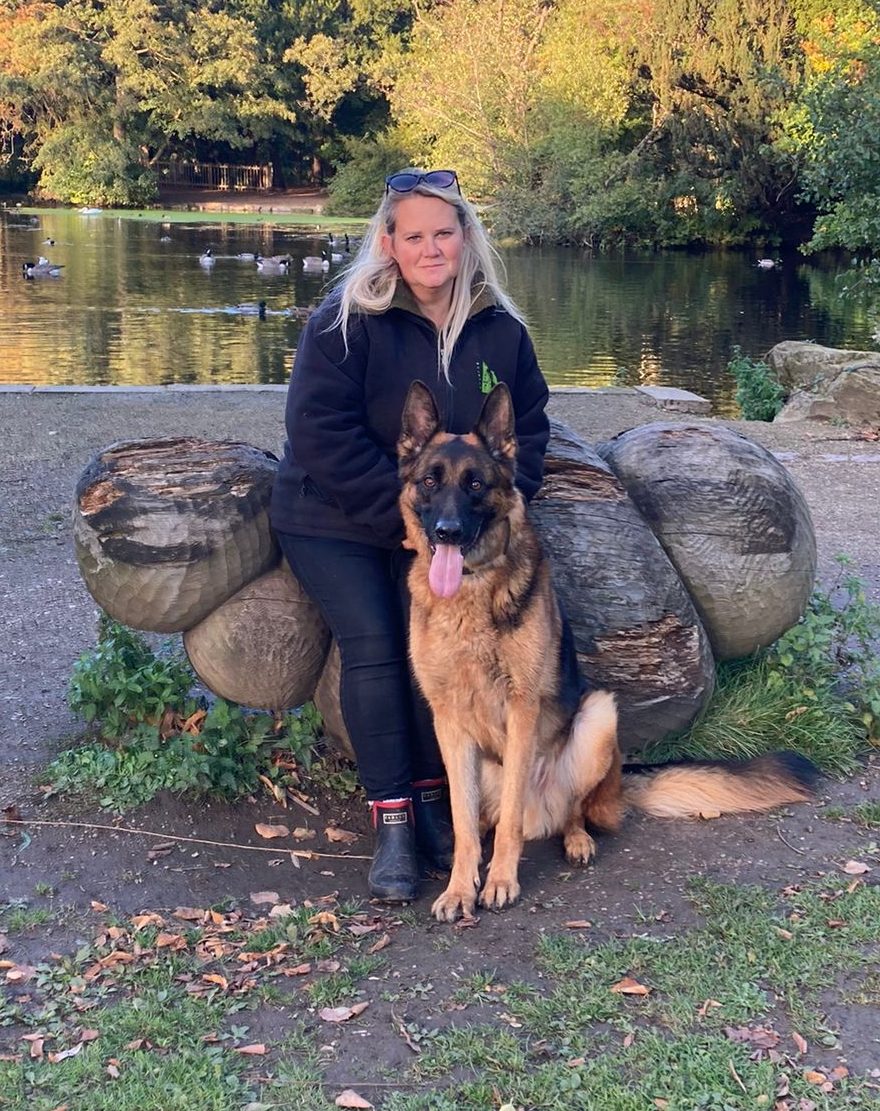 Thank you Tom and Sharne Our lovely dog was almost impossible to walk.

He is large and very strong and was extremely reactive to other dogs and wildlife when outside of the house and garden. It became clear he was missing out on all sorts of stuff. We decided to send him for a three week residential course with Tom and Sharne. Our dog is very much part of our family and so it was a big decision to send him away from the family home for training. However we all agreed it would be better for him and us for if he could go out and about to more places at anytime of day.

We looked at many providers but Vislor put us in touch with Tom and Sharne and once we we read the reviews we arranged to meet them with our dog. They could immediately see the problem. They discussed the techniques they use and told us how they would look after him whilst they had him. They thought they could help our situation and so we booked in. We thought we would miss him terribly but we really shouldn't have worried,.

Tom set up a WhatsApp group even before the handover day. We communicated almost everyday and got lots of video footage showing progress. Our dog is back home now, we have been given instruction and guidance on how to continue the good work that Tom and Sharne have put in with him. We can take him on walks and finally enjoy the experience.

I only wish we had done this sooner. We have benefited from the knowledge and experience that Vislor offers and we are very grateful.

Craig has helped us to get the family dog we always wanted.

We got Sammy during the pandemic so initial puppy training was in the garden and socialization was hard to achieve, exposing him to places and people near impossible at the time. He was never really bad but the pulling on the lead was annoying and when he got older he started to become reactive towards other dogs. Not all dogs we met, which made it even more stressful taking him for a walk as you never knew which dog he would lunge at.

We bought online courses and attended a teenage dog course but nothing really worked. Likely also because we could not put as much time into the training as we hoped we were able to when we got him. But with two small kids and full time work it is just not easy. Sammy was always really excitable too, he wanted to be where the action was, running after the kids, barking when they went where he could not go. Family trips were exhausting. And the kids suffered as at least one parent always had to keep the dog under control while the other attended to them.

At some point we nearly decided to give him back to the breeder, which is when we decided to give him one last chance with a trainer. And Craig turned it all around for us. Sammy stayed with him for 3 weeks while we went to visit family in Germany. Initially Sammy was supposed to join but with his behaviour we did not ant to risk it. When we came back Sammy was still Sammy, we were worried his personality would have changed but he is still the same cheeky boy just more manageable.

He can control his excitement much better, no more jumping at people! He walks on the lead like a dream, even the kids can walk him. We took him to the wildlife park and he was so calm and easy to handle, we could have never done such a trip before. His recall is also so much better. We are continuing to work with him of course as that is what he needs but now we have a basis we can go from! And we have the tools to do it.

When we booked Sammy in with Craig, my husband always said we are sending him to Hogwarts - we did not expect miracles but what Craig did for us was very close to magic.

Thank you so much!

We bought our Rhodesian Ridgeback, Asha, during lockdown and had real difficulty socialising and training her. We tried a personal trainer and eventually classes when they reopened, all too little, too late! Asha had already become the ‘Alpha’ in our family, jumping up visitors, pulling on the lead, lurching at other dogs and generally doing what ‘she’ wanted to do! My wife couldn’t walk her without a figure of 8 haltie and even then she would still lurch and pull.

This is where Craig and Vislor training proved invaluable. We met with Craig and he explained where we were going wrong and how at Vislor they train dogs. We left Asha with Craig for 5 weeks (initially it was going to be for 4 weeks as Ridgebacks are notoriously stubborn, and she definitely was!) - what a change!

Asha now walks to heel on a loose lead, sits and lies down on command, we can walk past people and other dogs without worrying about her reaction. All together a totally different dog behaviourally, and an absolute pleasure to take for a walk! We still have some more work to do and are continually reinforcing the training Craig started but we now have a dog who listens and reacts to commands.

Thank you Craig and Vislor we will be back for some top up training!! Thankyou 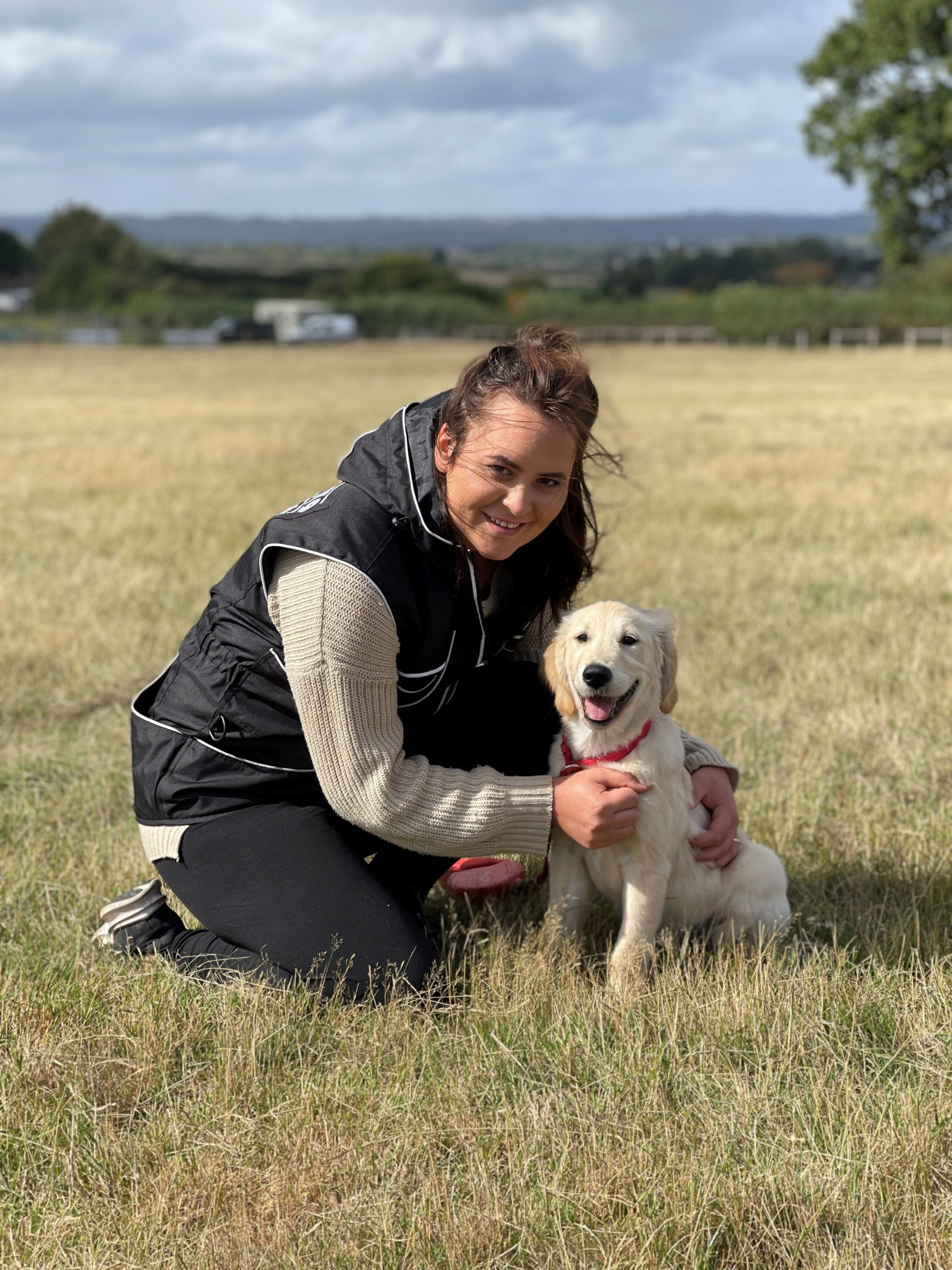 I had a big trip to the USA planned, but needed someone to look after my 12 week old golden retriever. I was so worried about leaving him at such a young age for 2 weeks given that we had made huge progress with his toilet training and tricks.

I decided to look for a residential training option with the aim to have my puppy looked after and trained every day to ensure when I came back, my puppy had not regressed and had hopefully learnt a few more things in my absence.

Frankie took my puppy Lennon in and she has done a fantastic job at training him. She sent me regular updates of him, and she trained him every day to help with better walking, marker and clicker training.

Lennon has come back from his residential stay with Frankie a more clever boy, and i was really worried he didn’t want to come home with me as he fitted in perfectly with Frankies family and her other 2 dogs Stella and Molly.

This experience has been brilliant for lennon, I would highly recommend Frankie - I relaxed while I was away knowing that Lennon was in the best care possible.>

Thank you so much Frankie! :)